The deductible of $6 dollars is because I get $2769 from the VA as a 100% Service-Connected Disabled Veteran.  But they don't know that this 65.71741511500548 percentage cut in my Travel Pay (rounded to 66%) is terribly unfair...  In the early part of the year they tried to use the excuse that it was because I was getting it to the nearest VA facility.

I also have a Santa Monica Mini Storage Facility where I have to rooms that went up by 20% in June 2012 as well.  So it is is now that rental facility is $491 per month.

And here is one of the images that were FOUR that I Signed AND they ARE SO CHEAP they would not make a copy of it so I used my Cell Phone from AT&T to make a photo of each of the four they had me sign yesterday.  When I showed up for my Dental appointment, but when I got there the Dentist had rescheduled HIS appointments.  They call me on FRIDAY at 3 PM or 1500 hours for my appointment on a Tuesday at 1 PM or 1300 hours.

And they did not call me to say it was cancelled.  I show up and they say it has been cancelled by the Dentist.  They then tell me I have to call them to make an appointment when I get home.  So I called when I got back then I got three calls today.  On the Tuesday evening they said they would call between 9AM and Noon.  I called them at 11:58 AM telling them I needed to throw out the trash.  When I got back they had left a message for the appointment, but it conflicted with another appointment.

So I called and some lady made an appointment that would not conflict.  And I did not leave, but a man from the VA called again and said I needed to call back.  When I did it appears that other appointment was not possible so finally I got my new appointment for Oct 4, 2012 a Tuesday at 1 pm or 1300 hours.

This image is from my SkyDrive from Microsoft.

I later Edited this image with a free program called IrfanView:

One of the most popular viewers worldwide!

This image is from one I have uploaded to my LiveJournal Scrapbook it is about the appointment regarding getting a refill about my back pain medication on August 7, 2012 at 1 PM or as you can see 13:07 in room 1410 (I think is was) at Building 500. 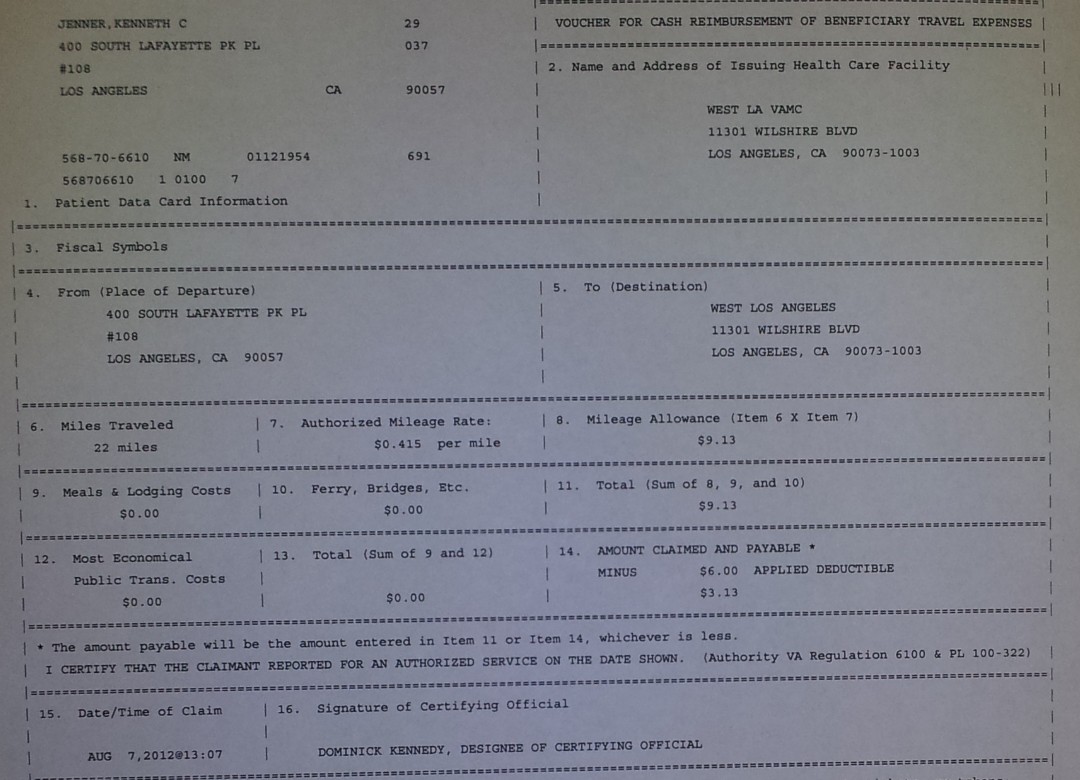